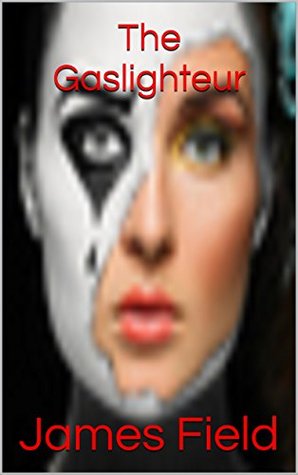 by James Field
Description
Sean meets Penelope, a zany woman with whom he instantly clicks. She confides in him that she has suffered an abusive relationship in her past at the hands of her ex-husband, who orchestrated a ‘Gaslighting’ campaign against her. Gaslighting, Sean discovers, is a means by which an abuser is able to psychologically manipulate his victim by making changes to her immediate environment and by presenting false or ambiguous information with the aim of making her doubt her own memory, perceptions and sanity.

Penelope has a diagnosis of bipolar disorder. She informs Sean that her ex-husband employed Gaslighting to cunningly engineer her psychiatric diagnosis with this mental disorder characterised by psychosis and perceptual dysfunction, and then planned and perpetrated an act of sexual assault in the knowledge that this diagnosis would allow him to evade prosecution on the grounds that her testimony would be afforded little credibility. She gives Sean a disturbing account in which she asserts that her abuser was able to cover up his emotional and sexual abuse by both exploiting her diagnosis and engaging in a ruthless act of blackmail.

In time Sean develops a deep connection to Penelope. He reveals to her some troubling memories of his childhood and she helps him to gain an insightful understanding of the ways in which emotionally wounding past experiences are continuing to exercise a detrimental influence upon his current day-to-day life, that manifest as a predisposition for exhibiting an excessively hypervigilant fear of ridicule, humiliation and rejection. She inspires him to believe that he can heal from these fears by embracing a journey of personal growth and recovery.

Sean declares his love for Penelope, despite harbouring certain misgivings concerning the possibility that he has observed her to be exhibiting a pattern of questionable behaviour. Before long, he begins to suspect that there is a possibility that she is perpetrating a systematic campaign of psychological cruelty against him by carrying out acts of malicious yet subtle humiliation. When Sean begins to reveal signs of his fears to Penelope, she emphatically and persuasively asserts that he is exhibiting a tendency to make false perceptions of threat as a result of his predisposition for exhibiting an excessively hypervigilant fear of ridicule, humiliation and rejection. Part of Sean concedes that Penelope’s assertions that he is falsely perceiving threat are entirely plausible, as he considers that the circumstances surrounding each alleged act of humiliation are shrouded in ambiguity, which allows for the possibility of an alternative, innocent explanation. Moreover, he feels there is truth in her claim that he harbours a predisposition for exhibiting excessively hypervigilant fears. However, he experiences a nagging feeling that even individuals who are prone to such hypervigilance might become genuine victims of psychological cruelty. Reeling with inner sensations of stupefaction, Sean contemplates the possibility that her attempts to persuade him that he is falsely perceiving threat constitute a cunning strategy to construct a smokescreen that serves to conceal her campaign of humiliation- which she has carried out with the utmost subtlety and ambiguity- from public view, while allowing her the freedom to enact her misdeeds with impunity.

Sean is plunged into a persistent state of maddening bewilderment in which he questions his own perceptions and frequently ponders the possibility that his fears relating to Penelope may be horribly mistaken. Part of him is hugely reluctant to accept the notion that a woman whose company he finds so deeply charming and inspiring might harbour a malicious agenda. And yet he cannot dispel his fears.

Book Review
The Gaslighteur, by James Field, is a fascinating read for those interested in psychology. I enjoyed learning the description of gaslighting and it’s practice, but I found the book much too long for my taste. It was repetitive and, at times, boring. This book is not a light read.
D.B. Mauldin