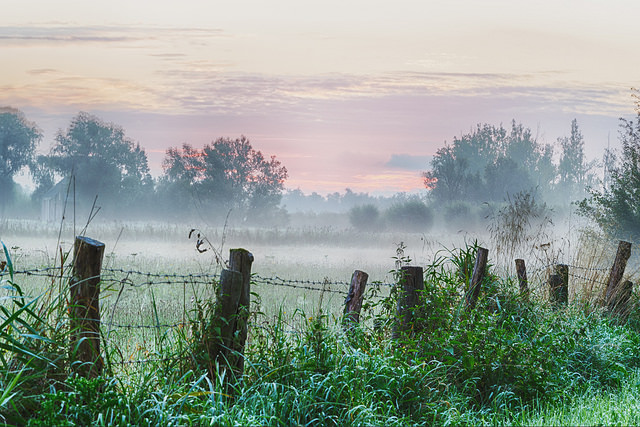 Song of Myself (final stanza)

I bequeath myself to the dirt to grow from the grass I
love,
If you want me again look for me under your
boot-soles.
You will hardly know who I am or what I mean,
But I shall be good health to you nevertheless,
And filter and fibre your blood.
Failing to fetch me at first keep encouraged,
Missing me one place search another,
I stop somewhere waiting for you.

— Walt Whitman, from Leaves of Grass

This poem is offered as part of our Septembe theme: Epic Poetry

Leaves of Grass, a collection of poems written and re-published by Walt Whitman from 1855 to 1891 celebrates the triumph of America. Writing in a unique literary style, the poet depicts a land that is vast and sweeping in its grandeur, with scenes of epic proportions : majestic skies, billowing waves, fields of grain extending to the horizon. He sings of a free nation confident in the pursuit of its destiny. He captures the essence of the American spirit – proud in its accomplishments, having tamed the wilderness of the great frontier and survived a bloody civil war, confident in its newfound powers. One is apt to become spell-bound by the poems’ robust cadence, the trace of sensuality, the lofty symbols, the rich imagery, the vigorous rhyme. It seems that nature perpetually calls attention unto itself, but man ordinarily ignores it or is not sensitive enough to perceive its charms. Thus, the poet continually exhorts the onlooker to behold the beauty unfolding before his eyes. As in theatre, the poet conjures images to create moods as would suit his purpose. Whitman’s poems overflow with vivacity and energy as he writes about the pioneers of a new nation leaving the sanctuary of their homes to tame the great outdoors. In the process he is overwhelmed by the magnificence of nature as well as the great cities and industries built by man’s labor. If his medium were a film screen, Whitman would come up with glorious takes of canyons and sunsets and deserts in Cinemascope, of buffalo herds grazing the plains, interspersed with the creaking wheels of industry. When Whitman hears America singing, the songs he hears are those of vigorous workmen as they go about their daily tasks. For him, America is one vast theatre with the American common man as hero. (non illustrated)