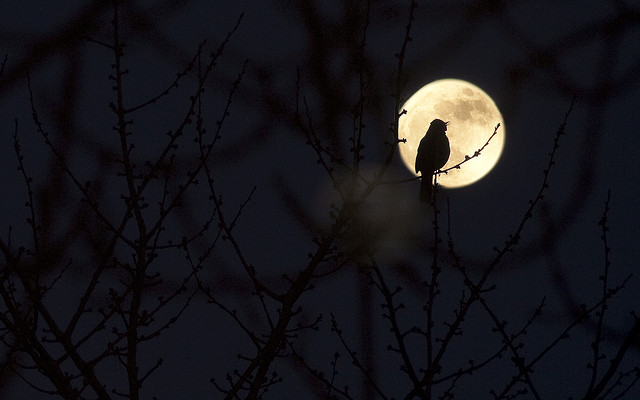 And while he waited in the castle court,
The voice of Enid, Yniol’s daughter, rang
Clear through the open casement of the hall,
Singing; and as the sweet voice of a bird,
Heard by the lander in a lonely isle,
Moves him to think what kind of bird it is
That sings so delicately clear, and make
Conjecture of the plumage and the form;
So the sweet voice of Enid moved Geraint;
And made him like a man abroad at morn
When first the liquid note beloved of men
Comes flying over many a windy wave
To Britain, and in April suddenly
Breaks from a coppice gemmed with green and red,
And he suspends his converse with a friend,
Or it may be the labour of his hands,
To think or say, ‘There is the nightingale;’
So fared it with Geraint, who thought and said,
‘Here, by God’s grace, is the one voice for me.’

— Alfred Lord Tennyson, from Idylls of the King

This poem is offered as part of our September theme: Epic Poetry

2 thoughts on “Geraint and Enid”