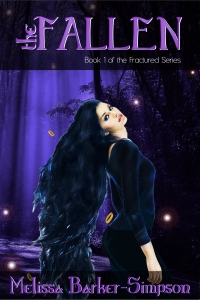 After the Demonic War, a battle which devastated the mortal realm, hunter cells were established across the globe to serve and protect every living soul. Maddison Wood is part of an alpha cell in the north of England. But Maddison has a new role now; her responsibilities as Watcher. She belongs to a legion of warriors assigned to serve the Fallen; guardian angels afforded the privilege of residing on Earth.

When Maddison is drawn to the city by an event which resonates hundreds of miles away, she is thrown into the path of a newly fallen angel. But Obadiah is no ordinary angel. He is a Prime, and his presence symbolizes a new threat. There is a war coming, and Maddison must form an alliance if she has any hope of winning this first battle. After all, the Fractured are a formidable enemy; a group of lost souls – powerful creatures of darkness who crave to destroy those who belong to the light. 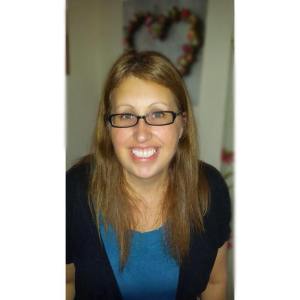 Melissa Barker-Simpson has been writing since  she was knee-high to a grasshopper. Melissa often looks back on those earlier stories, and apart from laughing at the heavy-handed drama, or cringing at her inexperience, she is reminded that she has always lived in other worlds.

Her first novel was published in 2008, and Melissa loved nothing more than working on a new project. The voices inside her head invariably pull her in different directions, so although she tried to work on one thing at a time, those who know her would tell you it doesn’t always work!

She works a full-time job, which does not involve writing per se, incorporates her love of language. As a British Sign Language Interpreter, Melissa gets to translate information between two languages which is (mostly) fun.

She also has two beautiful daughters who bring her great joy. They keep her grounded,  otherwise she would be stuck in the clouds permanently!

The Fallen is the first of the Fractured Series written by Melissa Barker-Simpson. She has travelled down many roads as an author over these last few years; genres include fantasy, science-fiction, and crime – all with an element of romance. Melissa currently has four ongoing series, with the Fractured being the most current. This is her journey into a world she has been dying to share for years.

Just a short few weeks ago Melissa released the prequel to her Fractured Series in a double book anthology with Gina Briganti, entitled Changing Worlds. The prequel, a novella she named The Contract, began a tale which will continue on July 30th. This cover reveal is the first step on the road to promoting The Fallen. Stay tuned for her pre-order announcement, which will follow next week.

The countdown to release day begins now! Make sure you don’t miss out by signing up for Melissa Barker-Simpson’s Newsletter. All subscribers will receive a special discount for being part of her mailing list.