Ever been dumped by a boyfriend or girlfriend? Was it a total surprise, or something you saw coming? Tell us your best worst breakup story. Never been the dumpee, always the dumper? Relate the story of a friend who got unceremoniously kicked to the curb. Change the names to protect the innocent if you must.

I’m so naïve, I never see anything coming; especially in matters of the heart. Gullible, that’s my name. I have been dumped, not once, but twice in my lifetime. My first husband didn’t dump me, but he did cheat on me, which felt about the same as being dumped.
It took me a year or two, when we first married, to figure out that my husband was a non-working alcoholic. Oh, it was there from the very beginning, I just chose to ignore it and be happy. Eventually, it got so bad that I could no longer ignore it.
I took my young daughter and moved in with my mother, but he came, nearly every night. He pleaded with me and told me he would quit drinking. I went back home. The non-drinking would last a week or two and then it would begin again. I told myself that ‘I had made my bed and had to lie in it’.
Three or four years passed by and then one New Year’s Eve, we hosted a New Year’s Eve party. At midnight, when everyone was hugging, kissing, and shouting, ‘Happy New Year’s’, the phone rang. I had several friends that I always called, or they called me, at midnight on New Year’s Eve. I answered the phone and it was a woman asking to speak to my husband. I didn’t think anything of it, until my husband took the phone into another room and closed the door. I didn’t want to cause a scene in front of everybody, so I rejoined the party.
After everyone had left, I asked my husband who was on the phone and why he went into another room and shut the door? He said he did it to shut out the noise. Okay, I thought, that’s legit, but he didn’t answer about who the woman was, so I steadied myself, looked him in the eye, and asked again. I was sitting on the couch and he walked over to me and got down on his knees. I knew this was going to be bad. I felt calm and in control; my heart felt like a chunk of ice.
He looked up at me, with tears in his eyes, and said the name of his old girlfriend; the one he nearly married before me. He went on to tell me that they had been talking and seeing each other, since the time we were married. By then, we had been married for eight years. She had also gotten married, but her marriage was falling apart, and he had been helping her through it. I gave a loud snort.
He admitted that they were having an affair. “Anyone else?” I asked. He started naming off four different women, two that I thought were my friends. I was stunned and totally cold. I remember that my whole body was shaking and I couldn’t get control of it. He tried to sit beside me and hold me, but I pushed him away.
The admission left me feeling so sad and so hurt. I cried for days, until one day something snapped, and instead of feeling sad and hurt, I started feeling cold, numb, and completely empty. That was the only way I could survive. 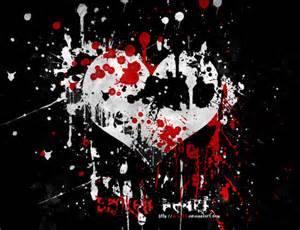