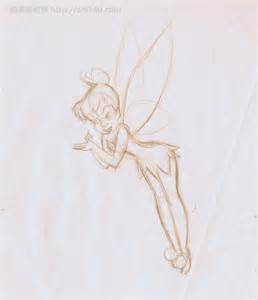 An Interview With Tinker Bell

Courtesy of http://www.ani360.com via Yahoo Images

Q-How did it all begin?
A-Well, I was born, as a character, in J. M. Barrie’s 1904 play, Peter Pan. But, it was Marc Davis that really brought me to life, in 1953, in paintings of Margaret Kerry. Marc Davis was a famous animator at Disney. Disney held a contest and Margaret Kerry won the audition to model for Tinker Bell. Margaret spent six months wearing a bathing suit and posing with her facial expressions, body language, and slender figure.

Courtesy of http://www.suite101.com via Yahoo Images

Q-What other films have you played in?
A-I was in several Peter Pan Sequel’s. I was, merely, a supporting character, at first. Later, I left a trail of twinkling pixie dust in my own films and became a widely recognized character in the Walt Disney Company.

Q-What kind of fairy are you?
A-My creator, Marc Davis, called me a common fairy. J. M. Barrie called me a fairy who mended pots and kettles, like an actual tinker.

Q-I’ve heard that fairy’s can only have one feeling at a time. Is this true?
A-Yes, it is true. I can be helpful, ill-tempered, jealous, kind, ill-tempered, and sometimes vindictive.

Q-What’s new in Tinker Bell’s world?
A-Well, you know that I have my own ‘Disney Fairies’ franchise and guests are able to interact with me in Disney World and Disney Land. You also probably know that I was presented with the 2,418th star on the Hollywood Walk of Fame, becoming the thirteenth fictional character and the sixth Disney character to receive this honor. My star celebrated Hollywood Walk of Fame’s 50th anniversary. There are lots of new things to come, so stay tuned. 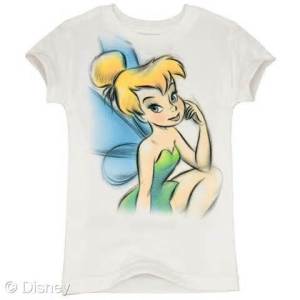 Courtesy of http://www.tinygreenmom.com via Yahoo Images

Thank you, Tinker Bell, for this wonderful interview. I, and all of your fans, wish the best for you. 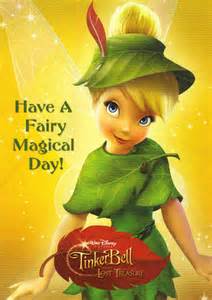 Courtesy of http://www.join4movies.com via Yahoo Images

Visit: http://dailypost.wordpress.com/2013/05/15/daily-prompt-interview/ to view more Daily Prompts as they are added throughout the day.

8 thoughts on “Daily Prompt: The Interview”